FAQ on Health Plan Coverage under the FFCRA and the CARES Act, Part 2 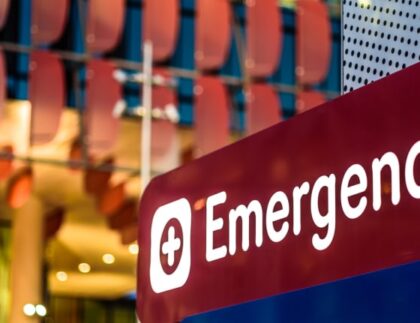 The Patient Protection and Affordable Care Act (ACA) Section 1557 provides that individuals shall not be excluded from participation in, denied the benefits of, or be subjected to discrimination under any health program or activity which receives federal financial assistance from the Department of Health and Human Services (HHS), on the basis of race, color, national origin, sex, age, or disability.

On May 13, 2016, HHS issued a final rule (2016 rule) implementing Section 1557, which took effect on July 18, 2016. The 2016 rule applied to any program administered by HHS or any health program or activity administered by an entity established under Title I of the ACA. These applicable entities were “covered entities” and included a broad array of providers, employers, and facilities. State-based Marketplaces are also covered entities, as are Federally-Facilitated Marketplaces. For entities that were required to make changes to health insurance or group health plan benefit design as a result of the current rule, the current rule applied as of the first day of the first plan year beginning on or after January 1, 2017.

On October 15, 2019, the U.S. Disrict Court for the Northern District of Texas (District Court) vacated portions of the 2016 rule implementing Section 1557 that prohibit discrimination on the basis of gender identity and pregnancy termination. The District Court remanded the vacated portions of the current rule to HHS for revision. The District Court’s ruling was appealed to the Fifth Circuit Court of Appeals. The Fifth Circuit granted a stay of the case until after the Supreme Court issues an opinion on whether discrimination based on sexual orientation or gender identity is prohibited under Title VII of the Civil Rights Act (CRA). On June 15, 2020, the Supreme Court issued an opinion holding that an employer that fires an individual for being gay or transgender violates Title VII of the CRA.

On June 12, 2020, HHS announced a final rule implementing Section 1557 that revises or repeals many provisions contained in the 2016 rule. One of the most notable aspects of the Final Rule is that it eliminates the 2016 Rule’s interpretation of what it means to discriminate “on the basis of sex.” The 2016 Rule specifically defined sex discrimination in health programs and activities to encompass discrimination on the basis of: (i) gender identity (i.e., an individual’s internal sense of gender, which may be male, female, neither or a combination of male and female); (ii) sex stereotyping; and (iii) pregnancy including termination of pregnancy, childbirth and related medical conditions. The 2016 Rule required health care providers to provide, and health insurers to pay for, medically necessary treatment for transgender patients.

According to Final Rule commentary, HHS concluded that the 2016 Rule’s expansive view of what it means to discriminate “on the basis of sex” exceeded HHS’s statutory authority and is inconsistent with the underlying framework of civil rights laws incorporated by the ACA[2], including Title IX of the Education Amendments of 1972 (“Title IX”), which is the statutory basis for Section 1557’s provision against discrimination “on the basis of sex.”

In the new Final Rule, HHS adopted “the government’s longstanding interpretation and ordinary meaning of the term ‘sex’” as the state of being biologically male or female as determined at birth. HHS further took the position that neither Section 1557 of the ACA nor Title IX includes prohibitions on discrimination on the basis of gender identity or sexual orientation or defined “discrimination on the basis of sex” to include such categories.